Although this website focuses on the connection between gut microbiota a weight loss/digestion it is important to understand what gut flora (human flora) is and what it does.

1. What is Gut Microbiota

The word microbiota represents an ensemble of microorganisms that resides in a previously established environment.

Gut microbiota (formerly called gut flora) is the name given today to the microbe population living in our intestine.

It contains tens of trillions of microorganisms, including at least 1000 different species of known bacteria with more than 3 million genes (150 times more than human genes). Microbiota can, in total, weigh up to 2 kg.

One third of our gut microbiota is common to most people, while two thirds are specific to each one of us. In other words, the microbiota in your intestine is like an individual identity card.

There are several supplements that when taken as suggested can enhance and restore the gut lining. Total Restore from Gundry MD and 1MD Complete Probiotics Platinum are arguably the two standout products.

2. Where is Our Gut Microbiota?

As its name states, gut microbiota is harboured in the intestine, one of the main areas in our bodies that comes into contact with the external environment (other examples are the skin and the lungs).

3. Where is Gut Microbiota Important?

While each of us has a unique microbiota, it always fullfils the same physiological functions and they have a direct impact on our health:

Taking into account the major role gut microbiota plays in the normal functioning of the body and the different functions it accomplishes, experts nowadays consider it as an “organ”.

However, it is an “acquired” organ, as babies are born sterile; that is, intestine colonisation starts right after birth and evolves as we grow.

4. When Does Gut Microbiota Start Being Made?

The development of gut microbiota starts at birth.

Sterile inside the uterus, the newborn’s digestive tract is quickly colonised by microorganisms from the mother (vaginal, faecal, skin, breast, etc.), the environment in which the delivery takes place, the air, etc.

From the third day, the composition of the intestinal flora is directly dependent on how the infant is fed: breastfed babies’ gut microbiota, for example, is mainly dominated by Bifidobacteria, compared to babies nourished with infant formulas.

Scientists consider that by the age of 3, microbiota becomes stable and similar to that of adults, continuing its evolution at a stadier rate throughout life.

5. How Does Gut Microbiota Evolve?

The composition of our microbiota evolves throughout our entire life, from birth to old age, and is the result of different environmental influences.

Gut microbiota’s balance can be affected during the ageing process and, consequently, the elderly have substantially different microbiota to younger adults.

While the general composition of the intestinal microbiota is similar in most healthy people, the species composition is highly personalised and largely determined by our environment and our diet.

The composition of gut microbiota may become accustomed to dietary components, either temporarily or permanently.

Japanese people, for example, can digest seaweeds (part of their daily diet) thanks to specific enzymes that their microbiota has acquired from marine bacteria.

Although it can adapt to change, a loss of balance in gut microbiota may arise in some specific situations.

This is called dysbiosis. Dysbiosis may be linked to health problems such as functional bowel disorders, inflammatory bowel disease, allergies, obesity and diabetes.

Many studies have demonstrated the beneficial effects of prebiotics and probiotics on our gut microbiota. Serving as “food” for beneficial bacteria, prebiotics help improve the functioning of microbiota while allowing the growth and activity of some “good” bacteria.

Present in some fermented products such as yoghourt, probiotics help gut microbiota keep its balance, integrity and diversity.

Thanks to technological progress, the picture of the bacteria living in the gastrointestinal tract is becoming clearer.

Researchers now use a range of techniques, including the tools derived from molecular biology, to further clarify the mysteries of microbiota.

While there are still some things that are yet to be discovered, more and more findings are being presented every day.

Why is Gut Microbiota Important?

Microorganisms found not only on the different habitats of the Earth but also in live bodies, including humans. Many people believe that all bacteria are indeed pathogens, which is wrong: although some of them are harmful (commensal), others can be beneficial to the health within their host. Large number of bacterial cells are on the skin and on the gut microbiota.

What is Gut Microbiota?

Also know as gut flora and human floor. An assortment of microorganisms inhabiting the length and width of the mammalian gastrointestinal tract. The composition of this microbial community is host specific, that is to say every person has a different one, and each individual’s gut microbiota is susceptible to both endogenous and exogenous modifications. It can be also defined as human flora, microflora or gut flora.

What does HMP stand for and what it it?

Human Microbiome Project. Launched in 2008, it is a five-year US National Institutes of Health (NIH) project with the aim of identifying and characterizing microbial communities found at multiple human body sites and to look for correlations between changes in the microbiome and human health and diseases.

What is IBD and IBS?

Inflammatory Bowel Disease covers a group of disorders in which the colon and the small intestine become inflamed (red and swollen). It is a result of an immune reaction of the body against its own intestinal tissue. The two major types of IBD are Crohn’s disease and ulcerative colitis. IBS is similar – Irritable Bowel Syndrome is a common functional disorder of the gut.

What does the immune system do?

Generally known as the body’s defense against infectious organisms and other invaders. It is made up of a network of cells, tissues and organs that work together to protect the body through a series of steps called the immune response, that is to say that our immune system attacks organisms and substances that invade our systems and may cause disease.

Project financed by the European Commission under the 7th FP programme. Its main objective is to establish associations between the genes of the human intestinal microbiota and our health and disease. The researchers focus on two disorders of increasing importance in Europe: IBD (Inflammatory Bowel Disease) and obesity.

All microorganisms that reside either on the surface or in deep layers of skin, in the oral mucosa and saliva, in the conjunctiva, in the gastrointestinal tract and other parts of the body.

Microscopic organisms that comprises eithera single cell (unicellular), cell clusters or multi-cellular relatively complex organisms. They are very diverse: including from bacteria to microscopic plants and animals. Even some microbiologists also include viruses, others just consider theses as nonliving.

Functional non-digestible food component that stimulate the activity or the growth of bifidobacteria and lactic acid bacteria in the digestive system. Both of them are considered to have several beneficial effects on the host, especially in terms of improving digestion and effectiveness and intrinsic strength of the immune system. According to the FAO (2001) definition, probiotics are “live microorganisms which when administered in adequate amount confer a health benefit on the host”. They are commonly consumed as part of fermented food (eg. yogurt, dietary supplements). 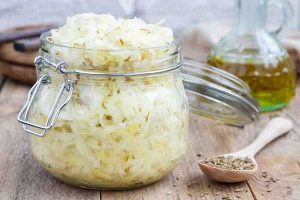 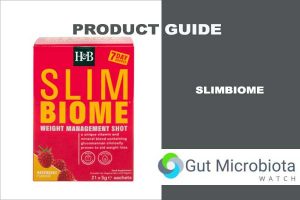 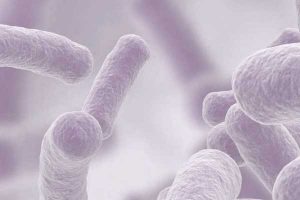 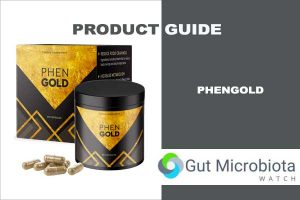