Will Raw Probiotic provide good value for money? It’s pretty cheap to buy, so it’s hard to complain about the price but it’s unlikely to offer the same level of benefits some of the alternatives do. .

Raw Probiotic Review Summary: Raw Probiotic contains a number of valuable strains of probiotic bacteria. There can be no doubt about that but it’s like an egotistical child that tries a little too hard to impress and it’s trying to grab attention in all the wrong ways.

Complete Probiotics Platinum is a probiotic supplement that’s been on the market for the last couple of years. In its commercial existence it has become one of the best selling probiotic dietary supplement brands in the world – selling particularly well in the United States, Canada, the UK and Australia.

Raw Probiotic is a high-potency probiotic supplement. It comes in the form of a capsule and each one provides 100 billion culture-forming units (CFUs).

That’s a lot of bacteria. Arguably too much.

Although probiotic bacteria are gut-friendly, it’s rare to find a product with such a high CFU. A lot of probiotics are 10 Billion CFU or less.

CFU refers to the amount of bacteria present. In this case, the bacteria come from 34 different strains. Again, this is a lot.

Probiotic yogurts and drinks often only contain bacteria taken from one or two strains. Pills tend to offer a larger variety, but seldom more than 5-15 strains.  Most of the best probiotics are 6-8 billion CFU with 6-8 respected probiotic strains.

Additionally, the formulation has raw fruit and vegetable extracts. There are some digestive enzymes thrown in as well so, far from being a bog-standard product, Raw Probiotic has a lot going on.

Raw Probiotic is made in the USA by Wholesome Wellness. The company is based in Portland, Oregon.

Raw Probiotic is not a one-off product. Wholesome Wellness also distributes several other health and wellness products including collagen capsules and a supplement that promises to provide relief from anxiety and depression.

The company website states Wholesome Wellness is on a mission to help people live healthier happier lives. It aims to do this by providing natural wholesome, products at reasonable prices.

Kudos for the idea but we were unable to find out anything else about the company at all and it appears to be unknown to the Better Business Bureau (BBB).

Wholesome Wellness makes a lot of promises for this product but maybe that’s not so surprising. After all, it appears to have thrown in everything but the kitchen sink.

How Does Raw Probiotic Compare to Other Probiotic Products?

With so much bacteria, taken from so many different strains, Raw Probiotic could be seen as a product that dwarfs the competition due to its power.

Ever hear the term “less is more”? That’s often the case with probiotics. This one is far too busy.

Wholesome Wellness says the pills utilize a special timed-release technology that ensures the probiotics are released directly into the intestines. That’s an interesting claim. If it’s true, there will be no chance of the bacteria being destroyed in the stomach.

The company also says the pills are shelf-stable and require no refrigeration. Again, if this is so, it’s another point in the product’s favor.

As you can see from the supplement facts, the formulation consists of probiotics, prebiotics, digestive enzymes, and a few fruit and vegetable extracts.

Take a look at the list of probiotics. It’s a solid wall of text! It’s not often you see a label that contains as many inclusions as this.

Some of the probiotic strains are very popular. Others are not and there is probably a good reason for that. It would have made sense to concentrate on a few good key players but Wholesome Wellness is playing a numbers game instead.

However, Lactobacillus acidophilus and Bifidobacterium bifidum are valuable inclusions. Both strains are well researched and get a lot of respect.

Lactobacillus acidophilus has value in several areas. One of the things it may do is control the symptoms of irritable bowel syndrome (IBS). It may also be useful for preventing and controlling diarrhea, lowering cholesterol, and promoting good vaginal health. (https://www.healthline.com/nutrition/lactobacillus-acidophilus)

Lactobacillus bulgaricus is another good inclusion. It helps sustain the integrity of the intestinal walls, preventing or rectifying an undesirable condition called leaky gut.

When intestinal integrity deteriorates sufficiently to cause a leaky gut, harmful bacteria are able to leave the intestines and enter the blood. That’s a scenario lactobacillus bulgaricus may be able to prevent.

Lactobacillus Brevis has value for controlling inflammation. It lowers cholesterol as well so it’s a pretty good addition too.

Lactobacillus rhamnosus does many of the same things certain other probiotics do such as controlling diarrhea and soothing the symptoms of IBS. It may also help with allergies and some studies suggest certain strains have value for treating urinary tract infections as well.

There are plenty of other valuable inclusions. There can be no doubt about it but there are also a lot of inclusions that are not very well researched and it’s hard to say what they may do.

The prebiotic blend contains four forms of prebiotic fiber. All of them are good for nourishing probiotic bacteria so there is not a lot to pick fault with here.

Digestive enzymes can work well alongside probiotics because they support improvements in digestive function and boost nutrient absorption. They aren’t strictly necessary but it’s still nice that they are there.

There are nine enzymes in total. The ones that stand out as offering the most value are amylase, lipase, and protease.

Amylase is the enzyme that processes sugars and carbohydrates. Lipase, helps you to digest fats and protease breaks down proteins into amino acids the body can put to use.

The blend contains extracts of strawberry, raspberry, plum, cherry, carrot, green pea, and red bell pepper. All seven are nutritious but 50 mg of extracts isn’t going to put much of a dent in your five a day.

The extracts may give you a little top-up of vitamins and minerals but it’s hard to see the point.

How to Use Raw Probiotic

You take one capsule, once per day. That’s all there is to know.

This product has a lot of surprisingly good reviews. However, when we dug a little deeper we discovered Wholesome Wellness used to run a promotion where they sent their customers a free bottle of pills in exchange for 5-star reviews.

That’s not a wholesome way to market your products and raises questions about how many of the reviews potential customers can trust.

Most of the negative reviews are from people who simply say the product did nothing for them at all but some customers complain the pills gave them bad stomach issues and say they believe the formulation is too strong.

Potential Side Effects and Other Health Considerations

All probiotic products have the potential to cause side effects. Especially during the early stages of use, when the body is still getting used to the presence of extra bacteria in the gut. Customer reviews suggest Raw Probiotic is no exception. Many customers report gut issues like bloating and gas.

However, probiotic side effects generally disappear after the body has time to adjust.

If you are thinking of using this or any other probiotic supplement, it would be unwise to do so if your normal immune function is impaired due to disease, medications, or surgical procedures.

Pregnant and nursing women will need to seek medical advice before using probiotic products. The same is true for anyone who has existing health issues or would need to use the probiotic alongside medication.

Although it’s sometimes possible to buy Raw Probiotic via Amazon, it’s often marked unavailable. It’s generally best to purchase via the manufacturer’s website and, at just $23 per bottle, it’s a pretty cheap probiotic supplement to buy.

Wholesome wellness promises a money-back guarantee but does not provide any details about the duration, how to get a refund, or any special terms that may apply.

Raw Probiotic contains a number of valuable strains of probiotic bacteria. There can be no doubt about that but it’s like an egotistical child that tries a little too hard to impress and it’s trying to grab attention in all the wrong ways.

If you were putting together a team to play football or hockey, which would you rather have, a lot of mid-carders or a few top-rated players? Quality is more important than quantity and, if the team gets too large all those excess players would only get in the way.

The same is likely to happen with all the probiotic bacteria strains in Raw Probiotic.

It’s great to see some prebiotics included, but the vitamins an unnecessary extra. As are the fruit and vegetable extracts.

Will Raw Probiotic provide good value for money? It’s pretty cheap to buy, so it’s hard to complain about the price but it’s unlikely to offer the same level of benefits some of the alternatives do.

With so many strains of bacteria involved, many of them lacking research, there may also be an increased chance of side effects. That’s an important consideration too but, in the end, only you can decide if Raw Probiotic is a probiotic you are willing to try. 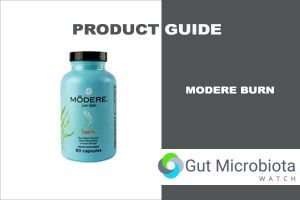